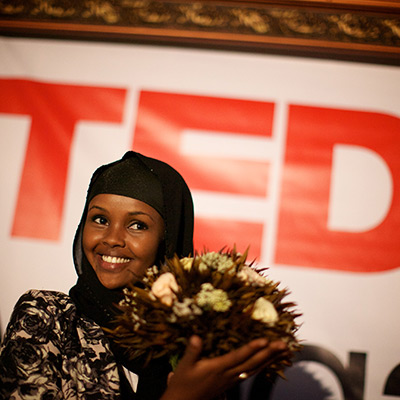 We will reflect on the past, present and future, exploring the ideas, innovations and traditions that once built and will again rebuild this country. Peace has continued to take hold, children are playing in the streets, and the beaches are filled with weekend swimmers. A parliament has been formed, constitution approved, and a new cabinet of ministers is leading Somalia back onto the international stage. Every day that goes by is a historic day, and TEDxMogadishu highlights the incredible voices that have fought against all odds to make this possible.

It is time to rediscover Somalia. 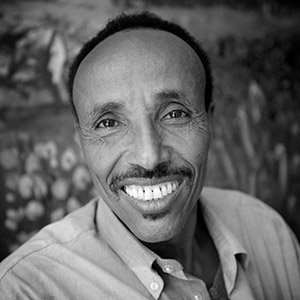 Aden is known as one of the “painters of Mogadishu,” working under Siad Barre, facing persecution during the conflict, and now playing a central role in peace-building. Writes Africa Report, “Balancing a cigarette and a tube of paint in one hand, Aden says he never runs out of inspiration. Aden has amassed an incredible body of work, to the point of chronicling almost every significant event and debate in the country as well as the figures that have shaped Somalia’s past.” 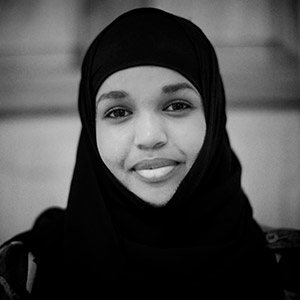 Despite only being 21, Iman Elman is a military commander in the Somali Armed Forces. Writes Michelle Shephard in the Toronto Star, “When she joined the military two years ago, women were given two pairs of pants to sew together to make a skirt. Knowing it would be hard to fight in a skirt, Iman told them one pair of pants would do. Now she commands 90 men in her battalion.” 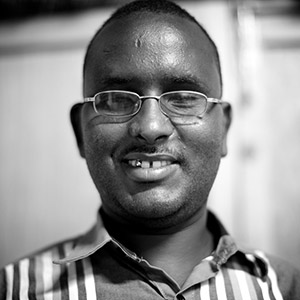 Abdifatah Ahmed, who goes by the nickname Kalga’al, or ‘my dear’, has been a journalist in Somalia for more than a decade. In addition to the challenge of being blind, he faced harassment from both sides when reporting the conflict between al Shabaab militants and Somali government forces between 2008 and 2011. Kalga’al now works for the independent radio station in Mogadishu Goobjoog (Observer) FM. 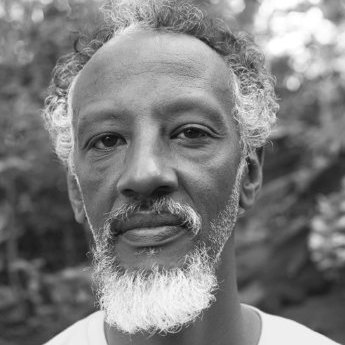 Abdi Latif Ega is a Somali novelist and scholar at Columbia University. His recent book, Guban, is a kaleidoscopic tale of the Somali revolution, which deftly interlocks stories of all strata of society-interlopers, interlocutors, diplomats, camel herders, revolutionaries, military personnel, and clan leaders, to name but a few. Documenting both the brutality of the national dictatorship and the international pressures of this cold war driven world. Guban brings together the immediacy of journalistic reportage with the imaginative expansiveness of the novel. 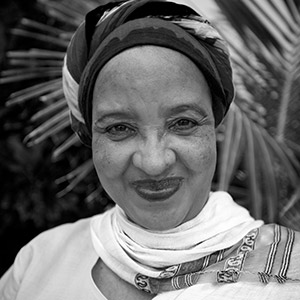 Zainab leads the The National Library restoration initiative of the Heritage Institute for Policy Studies in Mogadishu, Somalia. From 2007 to 2012, she was a Program Officer for The Minneapolis Foundation where she led the Foundation’s strategic focus areas of Transform Education of the community grantmaking, and served as key staff and managed special purpose funds. As a writer, poet, and human rights and social justice activist, Zainab has been an active member of the African diaspora philanthropy, and the Somali diaspora civil society. 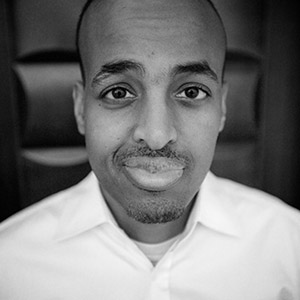 Mohamed is the founder of the Iftiin Foundation, an organization that incubates social entrepreneurs, young leaders and their groundbreaking projects to encourage a culture of change and innovation in Somalia. He is also an African development fellow at the Aspen Institute. Mohamed’s passion is on using entrepreneurship, especially among youth populations, as a tool to alleviate poverty and promote development in Somalia and other conflict-affected countries. He believes that transformative entrepreneurship can accelerate peace and stability in war-torn countries. 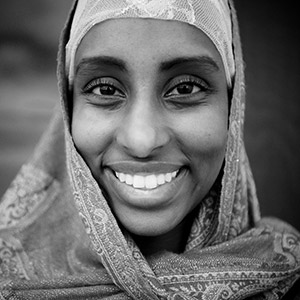 Kafia’s parents moved from Somalia to Virginia in the eighties, where she was born and raised. After graduating magna cum laude with a B.A. in International Studies and a minor in Public Law, Kafia dedicated a year to national service with City Year New York in East Harlem. Kafia then worked for the Diamond Empowerment Fund, a nonprofit that supports higher education initiatives in diamond producing African nations. In 2011, Kafia began graduate school at NYU in social innovation and creative activism in order to create platforms that empower individuals and inspire positive social movements around the globe. Kafia has published articles for Beyond Good Ideas and Global Grind. 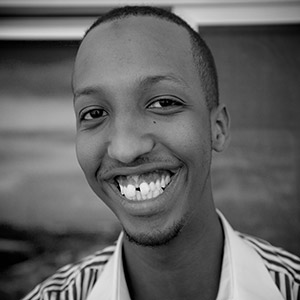 In 2012, 25 year-old Somali entrepreneur Mohamed Mahamoud Sheik opened the first dry cleaners in Mogadishu in over 20 years, building his modern facilities from the rubble of a shelled building. He got the idea after noticing that businessmen – including the President – were taking their suits abroad just to get them cleaned, and was inspired by TEDxMogadishu 2012 speaker Ahmed Jama. Mohamed has now launched a new garden and landscape company, also the first of its kind in Somalia, which grows tulips and other flowers locally in Mogadishu. 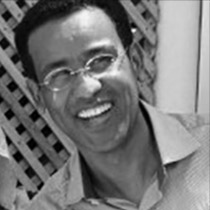 Jabril is the director of the Center for Research and Dialogue in Mogadishu. The Center utilizes Participatory Research as a means to facilitate processes of dialogue, consensus building, policy development and institutional capacity building at the national and local levels. The goal of CRD is to empower Somali communities’ transition to peaceful change by proving them with a neutral venue to identify their issues and set priorities for response. 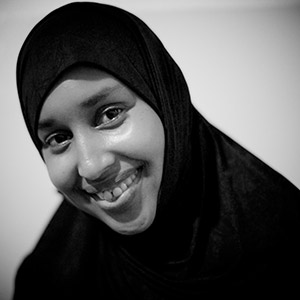 Born in Somalia, Zahra went to primary and secondary school in Mogadishu. She left Somalia to study building design architecture in Melbourne, Australia. She has now returned to her country with her two children to help rebuild Somalia’s education infrastructure from the ground up. She is designing schools, working on a national curriculum, and playing a central role in the upcoming launch of free primary school education for Mogadishu’s youth. 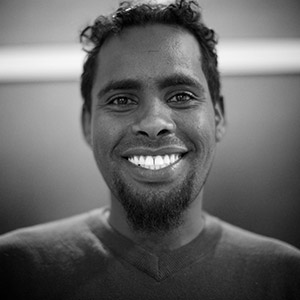 Born in Kismayo, Moulid was forced to flee Somalia with his family at the age of 10 to the Dadaab refugee camp across the border into Kenya. After witnessing the lack of opportunities for youth in Dadaab, Moulid started the Refugee Newsletter and engaged 30 young people, partnering with FilmAid International. He also partnered with UNHCR and other organizations working in Dadaab to collaborate on an umbrella initiative that provided skills training and jobs to Dadaab youth. Moulid recently moved to Mogadishu to work on making education accessible to all. 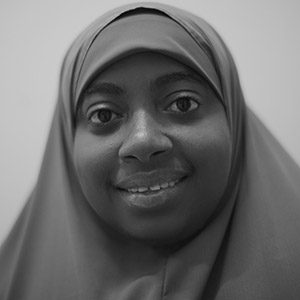 An award-winning doctor, Aisha has been leading an initiative to reopen the iconic Martini Hospital in Mogadishu. The hospital became home to over 1,000 families during the conflict in Somalia, including scores of veterans from the Ogaden war. One-third of the hospital facilities have been renovated over the past year, and Martini is set to partially re-open in November. Aisha has done all of this work as a volunteer, returning from Italy to play a critical part in restoring Mogadishu’s medical capabilities. 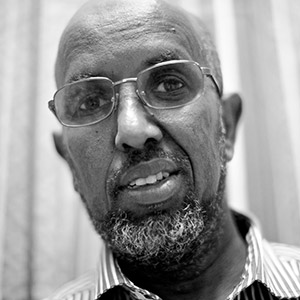 Dr. Jimale is leading the effort to re-launch Somali National University, which would become the first public university in over two decades. The sprawling campus was reduced to rubble, and is now a temporary home to African Union soldiers. Dr. Jimale hopes to start a School of Education early next year, eventually building the institution back to 7 faculties. He is also working with the Somali government to create common educational standards. 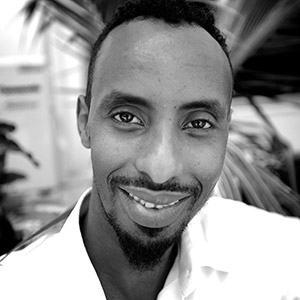 Born in Mogadishu, Mohamed began his career in music as a singer. He would often visit his uncle, a guitar player, and sing alongside. Through these sessions, he grew a desire to play the guitar and one day found a broken instrument on the side of the road. Mohamed glued the guitar back together and found strings. During the worst of the conflict years, he left to Kenya and learned to play the oud from exiled Somali artists.